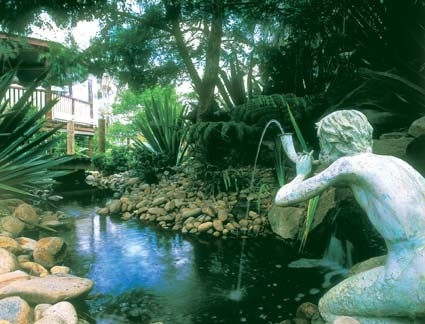 Annangrove is located approximately 40 kilometres northwest of Sydney in the Shire of Baulkham Hills.

Annangrove is located between Kenthurst and Kellyville and was named after Annangrove House. The house belonged to Edward Charles Johnston whose grandfather, George Johnston, was the original settler in the present Annangrove area. The house took its name from the Scottish town of Annan where George Johnston was born. Edward Johnston bought land here in 1893 from Bennett William Johns who made the original purchase of Crown land in 1886. By 1895 the post office had taken the name of Johnston's house, as did the school, and by 1915 Annangrove was the customary name for the suburb. The area was originally utilised by Europeans for timber cutting in the vast tracts of bushland. The cleared land was then used to establish orchards.

The original inhabitants of the Annangrove area were the Darug people. The Darug were the custodians of the majority of what is now the Greater Sydney region. They were divided into a number of different ‘clans’, whose quick demise upon European settlement has sadly resulted in very little information remaining on how they utilised the local area.