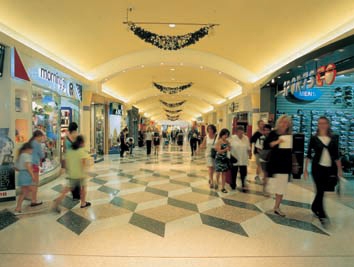 Castle Hill is located approximately 30 kilometres northwest of Sydney in the Shire of Baulkham Hills.

The exact origin of the name Castle Hill is not known. One origin is thought to be the fine views offered by the hills in the district. Governor Phillip first saw the area on one of his exploratory trips in 1791. Governor King began ‘Government Farm’ in the area in July 1801, referring to it as Castle Hill in March 1802. The farm of 34,539 acres ranged from West Pennant Hills to Maroota, although only a small portion was cultivated. In 1804, 266 Irish convicts escaped the farm with stolen rifles and makeshift weapons, intending to march on Parramatta before overthrowing the English authority in Sydney Town. Their plot was betrayed and they were consequently defeated by the English redcoats. It was the first European uprising on Australian soil and is known as the Castle Hill rebellion. Castle Hill Heritage Park in Banks Road is a remnant of Government Park.


Castle Hill Heritage Park in Banks Road remains a remnant of Government Park. The first free settler in Castle Hill was Frenchman, Baron Verincourt de Clambe, who received a grant of 200 acres in 1802. It has been suggested that de Clambe's house "The Hermitage" was commonly called 'The Castle' by locals, because of the Baron's noble status.

Castle Hill is a vibrant hub for Sydney’s northwest. It offers visitors a selection of attractions including the annual Castle Hill Show along with a huge variety of restaurants, diverse shopping opportunities, accommodation and leisure activities including; movies, ice skating, tenpin bowling, rock climbing and major sports facilities.

The original inhabitants of the Castle Hill area were the Darug people. The Darug were the custodians of the majority of what is now the Greater Sydney region. They were divided into a number of different ‘clans’, whose quick demise upon European settlement has sadly resulted in very little information remaining on how they utilised the local area.