North Parramatta is located approximately 20 kilometres west of the Sydney CBD in the Shire of Baulkham Hills. 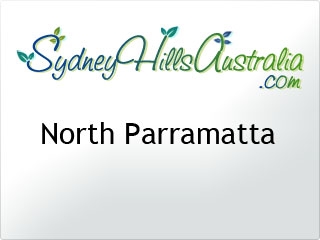 The community of North Parramatta grew around the building of Lake Parramatta, a dam offering an alternative to the Marsden Street weir. The Marsden Street weir provided water of poor quality due to the shale/clay geology of the Toongabbie Creek catchment. In contrast, Lake Parramatta offered a clean and reliable water supply. James Pye, a local orchardist and owner of the ‘Lamb and Lark’ Inn at Baulkham Hills, offered the land at nominal cost so that the dam could be built. The dam was finished in 1856 under the supervision of “Percy” Simpson for a total cost of $17,000 pounds. The sandstone used for the dam was quarried locally at North Rocks.

The original inhabitants of the North Parramatta area were the Darug people. The Darug were the custodians of the majority of what is now the Greater Sydney region. They were divided into a number of different ‘clans’, whose quick demise upon European settlement has sadly resulted in very little information remaining on how the local area was utilised.

Experience a piece of yesteryear...