Northmead is located approximately 45 kilometres northwest of the Sydney CBD in the Shire of Baulkham Hills. 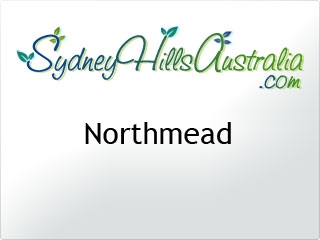 Northmead is a hilly domain north of Parramatta. It was named after its location, the north "mead", or meadow of the Parramatta Government Domain. A station for a light railway opened in January 1923 and was known as Woollen Mills because of the Darling Mills nearby. The line, which carried goods and passengers, opened in 1902 and ran from Parramatta Station to Baulkham Hills. A new line to Castle Hill from Northmead and Westmead opened in 1923. Seven months later the name was changed to Northmead, which has remained as the suburb's name, although both lines had closed by 1927. The area was originally full of orchards and poultry farms, remnants of which still remain today.

Northmead is a thriving residential suburb.

The original inhabitants of the Northmead area were the Darug people. The Darug were the custodians of the majority of what is now the Greater Sydney region. They were divided into a number of different ‘clans’, whose quick demise upon European settlement has sadly resulted in very little information remaining on how the local area was utilised.