Oatlands is located approximately 25 kilometres west of the Sydney CBD in the Shire of Baulkham Hills. 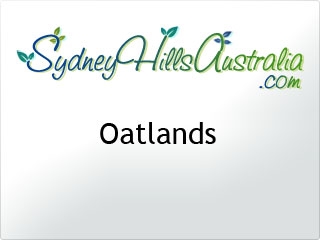 Oatlands was named after "Oatlands House", built by Captain Percy Simpson and later owned by his son Sir George Bowen Simpson, Judge of the Colony. The name is derived from Oatlands Park in England, which is near the land of Lord Dundas, after whom the adjacent suburb was named. Oatlands House is now a popular venue for weddings and other special events.

The original inhabitants of the Oatlands area were the Darug people. The Darug were the custodians of the majority of what is now the Greater Sydney region. They were divided into a number of different ‘clans’, whose quick demise upon European settlement has sadly resulted in very little information remaining on how the local area was utilised.