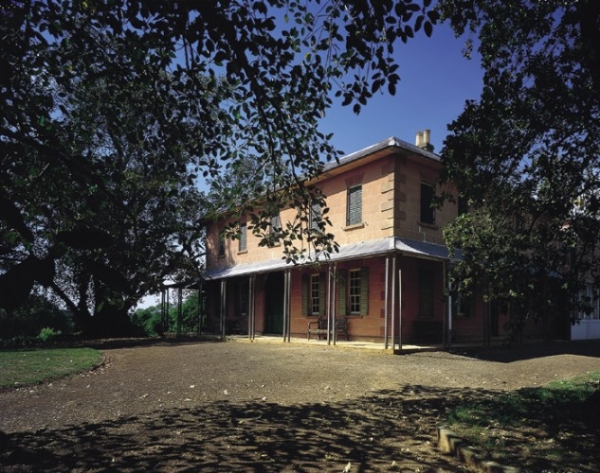 Rouse Hill is located approximately 40 kilometres northwest of the Sydney CBD in the Shire of Baulkham Hills.

Rouse Hill is named after the estate of a free settler, Richard Rouse, who arrived in the colony in 1801. He was given a grant of 450 acres in 1816 at Vinegar Hill. Governor Macquarie suggested that the estate be called Rouse Hill. Historians believe this action was taken so the convict association with the area after the Battle of Vinegar Hill would be removed. The battle took place in 1804 between escaped Irish convicts and government-civilian troops. After the fighting, the area became known as Vinegar Hill after a site in County Wexford, Ireland, where Irish and English forces had clashed in 1798.

The original inhabitants of the Oatlands area were the Darug people. The Darug were the custodians of the majority of what is now the Greater Sydney region. They were divided into a number of different ‘clans’, whose quick demise upon European settlement has sadly resulted in very little information remaining on how the local area was utilised.