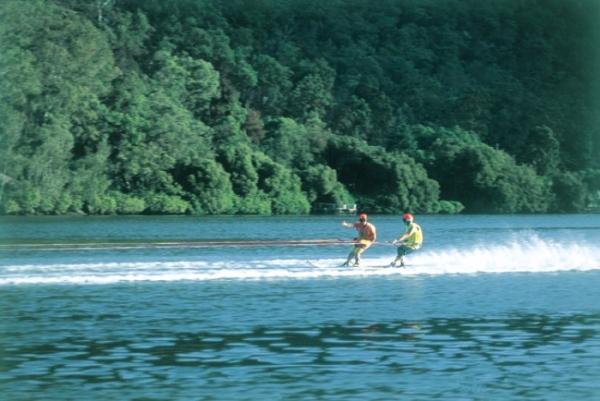 Skiing on the Hawkesbury River

Sackville North is located approximately 80 kilometres northwest of the Sydney CBD in the Shire of Baulkham Hills.

The area is one of 5 on the Hawkesbury River with heritage listed car ferries and is very popular with water ski enthusiasts.

The original inhabitants of the Sackville North area were the Darug people. The Darug were the custodians of the majority of what is now the Greater Sydney region. They were divided into a number of different ‘clans’, whose quick demise upon European settlement has sadly resulted in very little information remaining on how the local area was utilised.