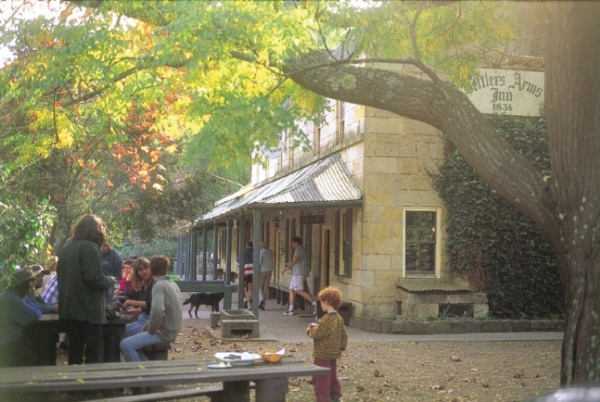 St Albans is located approximately 90 kilometres northwest of the Sydney CBD in the City of Hawkesbury.

St Albans was originally known as Macdonald, but was officially gazetted in 1814 as St Albans. The village is believed to have been named after the English hometown of William Bailey who lived at ‘First Farm’. It was officially declared a town in 1885. St Albans was mainly used by early settlers for running cattle on the fertile flood plains of the Macdonald River. Remnants of this early activity still remain today.

Today, St Albans is a sought after retreat for weekenders. The ambience of the historic pub evokes images of days gone by. A local gallery and restaurant is also worth exploring.

The original inhabitants of the St Albans area were the Darug people. The Darug were the custodians of the majority of what is now the Greater Sydney region. They were divided into a number of different ‘clans’, whose quick demise upon European settlement has sadly resulted in very little information remaining on how the local area was utilised.

Experience a piece of yesteryear...