Coinciding with the Hay Mate: Buy A Bale – A Concert For The Farmers concert, Jon Stevens is releasing a charity single, Rain Down On Me, with all proceeds going to help the drought-stricken farmers.

No stranger to releasing altruistic music for important causes, the plight of the farmers is something that instantly resonated with Jon. Harking from a small farming community in New Zealand that often had its own differing struggles, he feels an affinity with those on the land.

More than two decades ago, when drought was impacting Australia in a big way, Jon released another charity single, with proceeds going towards the farmers. Fast forward to 2018, and when he was asked to be part of the Hay Mate concert, he immediately thought back to a recent song he had penned – Rain Down On Me – and offered it up to Rural Aid for fundraising support.

“I thought, why not give the song to them and see if they can make some money from it,” he says. “That is what you do, you try and help in any way, so I went in and recorded it. My mum grew up on a farm, it is still in my family. This is a song for you, from me.”

Rain Down On Me was penned earlier in 2018 during one of Jon’s songwriting trips to Los Angeles. Recorded with his long-time band, they headed out to rural Victoria to the acclaimed studios Lighthill Sound Recording in Riddles Creek and laid down the track with engineer Ricki Rae. The result is a breathtakingly raw song that shows why Jon Stevens is considered one of Australia’s premier vocal talents. From the opening vocals to the soaring chorus, the song is honest, impactive and heartfelt.

The metaphorical Rain Down On Me is about relationships and adversity – hard times, mentally, physically and spiritually. Jon hopes lyrics like this land, this sacred life, will live and breathe again, there’s a rainbow coming down, to wash away our sins, gives a positive outlook when listening to the song. “People who work the land, all those hard-working people, their fight certainly resonates for me, it is tough out there,” he says. “I grew up in the country. Marriages fall apart, people, businesses. There are dark days. [I hope the song says] the new day starts, have another crack at this thing called life. I always try to be optimistic, it is not a literal translation but it is something that resonated with me.”

As a songwriter, Jon only writes from the heart, and from personal experience. It is one of the reasons he has garnered such a strong reputation for his honest material. “There has got to be hope,” he says. “That is how I write I suppose, I write from experience, from life and I add hope. It is up to the individual on how they perceive things. It has to resonate with me, I can’t sing it unless it is the truth. I am singing my truth and I hope other people feel it.”

Jon Stevens is currently out on the road as part of his Best Of tour, a series of dates that has taken him back out to regional Australia. Being able to share his music in what he perceives as the heartland of his home country has made a big impact. His message is simple – support one another, we are all in this thing called life together’.

Jon Stevens’ charity single Rain Down On Me is released to radio on Friday 26th October 2018. All proceeds from the single will go towards assisting drought-stricken farmers via Rural Aid. Rain Down On Me is available for pre-order now. 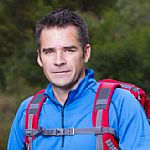