This is a past event: Search for New Events » 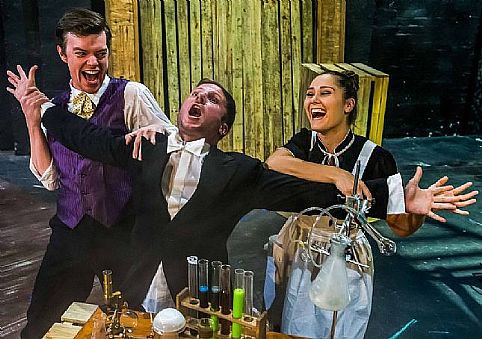 When:
Every day until Sat 22 Feb 2020
Cost:
$30 ($25 concession)
Details:
After an overwhelming response to their 2019 season closer, Nell Gwynn,Castle Hill Players begin their 2020 season in fine style with the exhilarating, The Strange Case of Dr. Jekyll and Mr. Hyde.

You may know the story but you’ve never experienced it like this!

It is Victorian London, 1888. Dr Henry Jekyll, a brilliant and respected scientist - shy and unassuming - is content with his reputation as a moral, upright citizen. Or so it would seem.

Frustrated by his dull normalcy and intrigued by the notion of the “dual nature of man”, Jekyll secretly creates a formula to unleash his hidden, bestial nature. Edward Hyde is born! The brutish, magnetic Hyde indulges in drink and debauchery while Jekyll’s life of propriety continues – until Hyde’s passions begin to turn up a body count.